I’m not quite ready to come back to daily posts – perhaps next week. But I ran across this fabulous and uplifting song by the two youngest stars of the television series Nashville and couldn’t resist sharing it with you. Click on the word “post” to see the video and hear the song. Post by Maree de Marco. I hope you enjoy it as much as I did. Listening to these girls is a lovely way to start any day. Want to send a special thank you out to all of you who sent me get well wishes and prayers – it meant more than I can say!

“Lean your body forward slightly to support the guitar against your chest, for the poetry of the music should resound in your heart.” 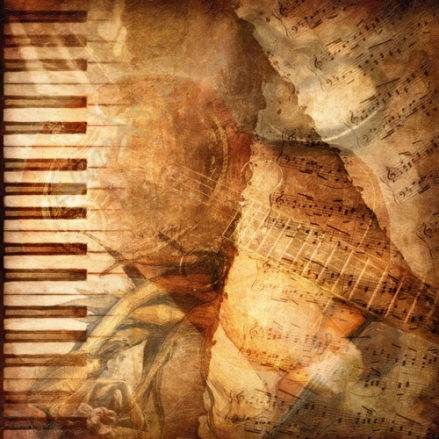 While My Guitar Gently Weeps

From classical guitarist, Andre Segovia to the hard-rocking, Kurt Cobain, guitarists throughout the ages have played this beautifully expressive instrument and moved our souls, lifted our spirits and brought us to tears. We may debate whether Robert Johnson, the ground-breaking black Mississippi blues singer and guitarist should be ranked #1 among the best guitar players in the world or whether that honor should go to Jimi Hendrix, but in the end, that’s less important than the influence they have had on music. Johnson’s legacy of recordings is the undisputed foundation upon which all modern blues and rock music rests. Hendrix took every possible sound from acoustic to electric and blended it into something that went so far beyond the drugs that it left people high who had never taken a drug in their lives.

Guitars and guitar players have been the most essential component of contemporary music since John Lee Hooker stuck a microphone in his guitar while singing those angry, raspy Delta blues back in the early 1940s. The never to be forgotten B.B. King made that inevitable. Once the big band orchestra style era ended, the guitar became the backdrop for almost all popular music and that’s still true today. (It has been brought to my attention by a reader that I neglected one of the most talented and innovative guitarists of our time – the legendary Les Paul – whose design and electronic contributions to guitar manufacturing really can’t be measured. Dozens of superstars like Eric Clapton and Paul McCartney have played a Gibson-Les Paul guitar.)

In 1968, Beatles member, George Harrison wrote a song that was eventually to be listed as #136 on Rolling Stone’s list of “The 500 Greatest Songs of All Time”, #7 on their list of the 100 Greatest Guitar Songs of All Time, and #10 on their list of The Beatles 100 Greatest Songs. In an online poll held by Guitar World magazine in February 2012, “While My Guitar Gently Weeps” was voted the best of Harrison’s Beatle-era songs. The recorded version includes a guitar solo by another of the top 20 guitar players of all time – Eric Clapton. Arguably one of the Beatles finest songs, it never won the acclaim of other hits. But the lyrics can’t help but touch your heart.

You can see my entire portfolio or purchase a print of this image at:

Emptiness with wall and cloud

BRAVE new world…and a bionic one

A Ronka Poetry Practice Since 2014

Off Center & Not Even

The World Through Your Eyes

The Visual Chronicle
making it up as i go

amy begun saab ~life as i see it. a Vermonter deeply entrenched in Alabama dirt...so i plant flowers.